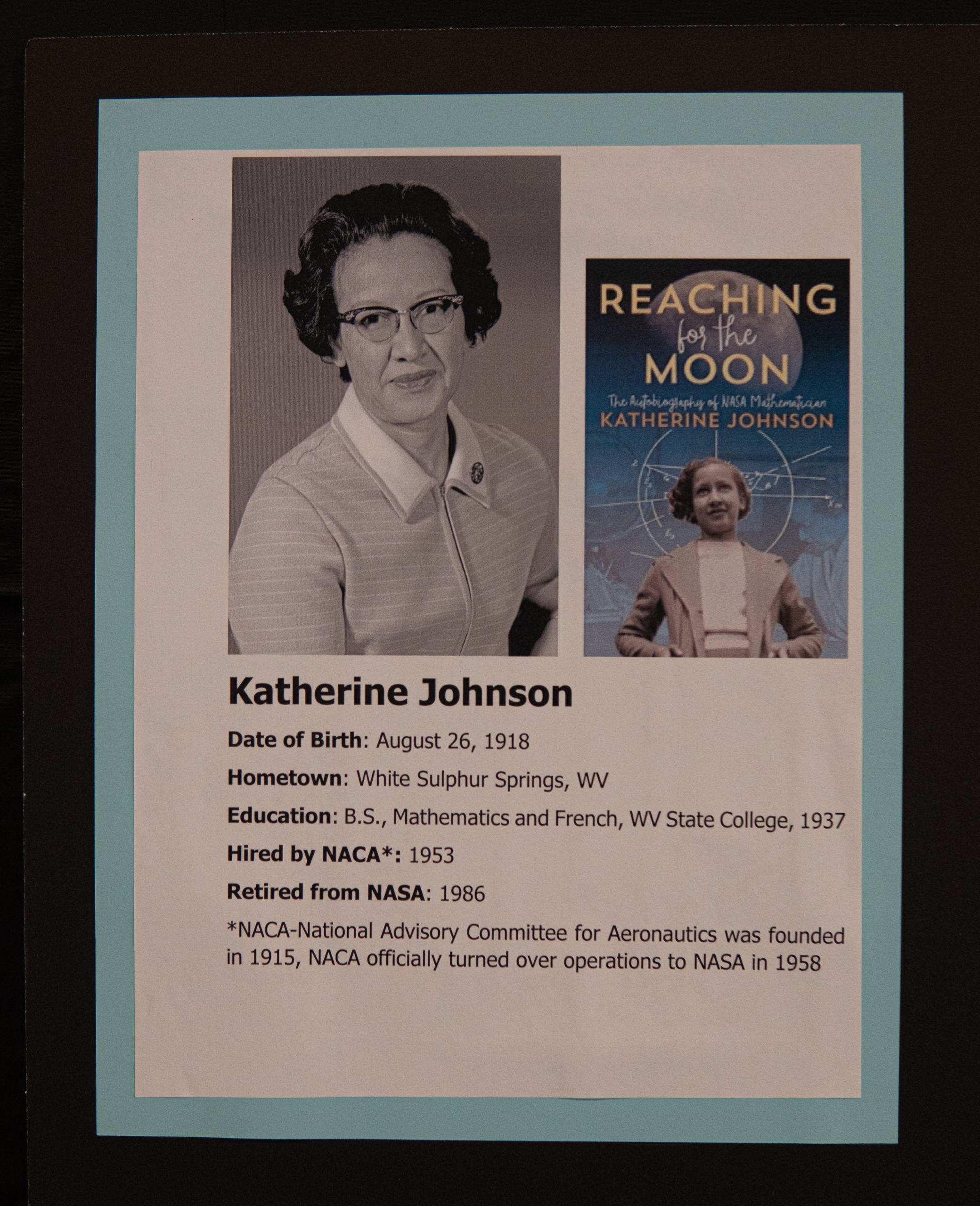 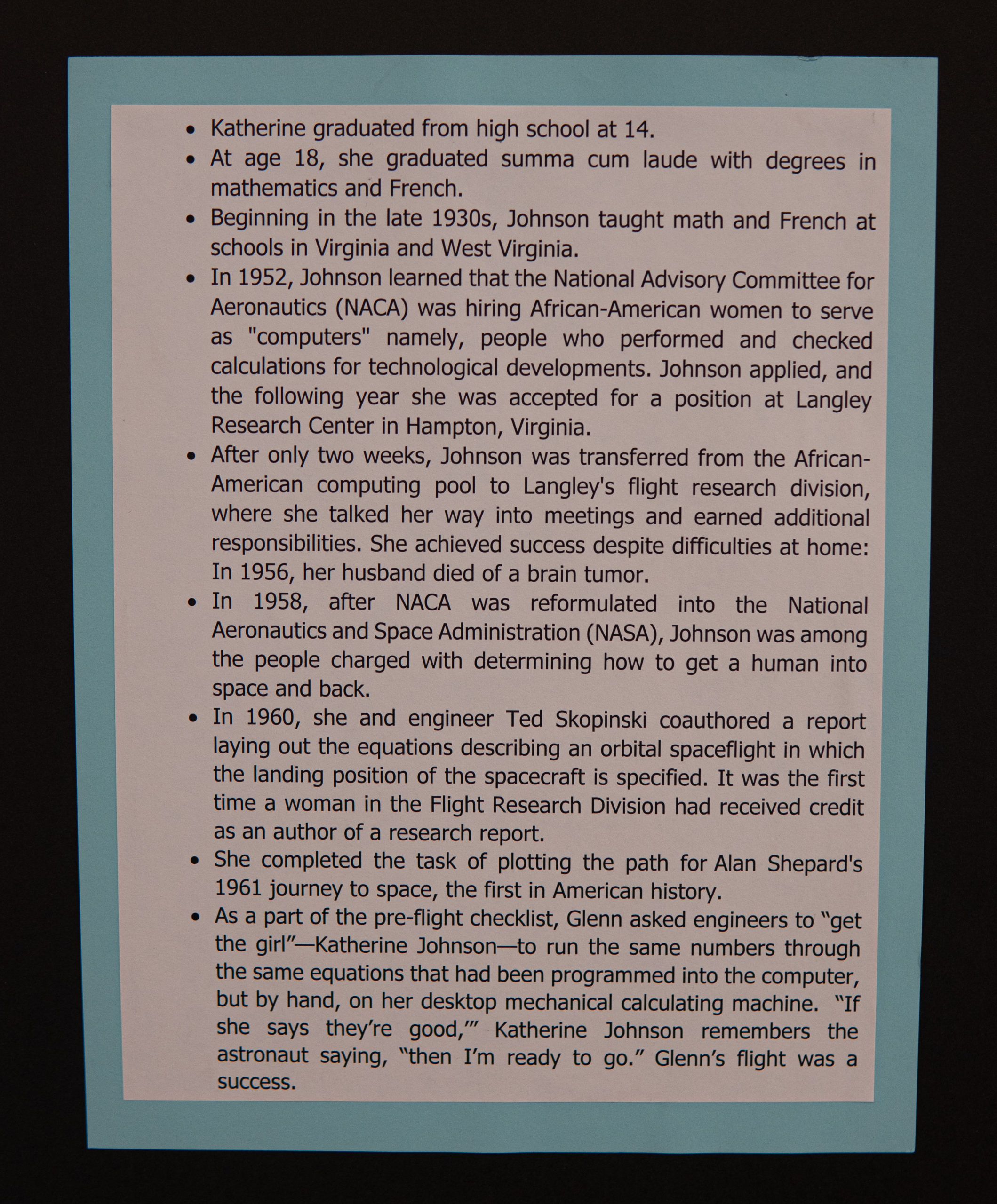 A couple of years ago the finance DEI team decided to put together an event to honor the black history month. I instantly thought of Katherine Johnson since I had just seen the movie “Hidden Figures”. I was very much impressed with her role in the mathematical calculations of orbital mechanics at NASA. John Glenn had asked Katherine to double check the numbers that were calculated by a computer, before his launch into space.

As a young girl, I had dreams of becoming an astronaut, I was very good in math and so the subject of space endeavors is very dear to me. I was fascinated by her work and was in awe of her achievements in the face of so many adversities. 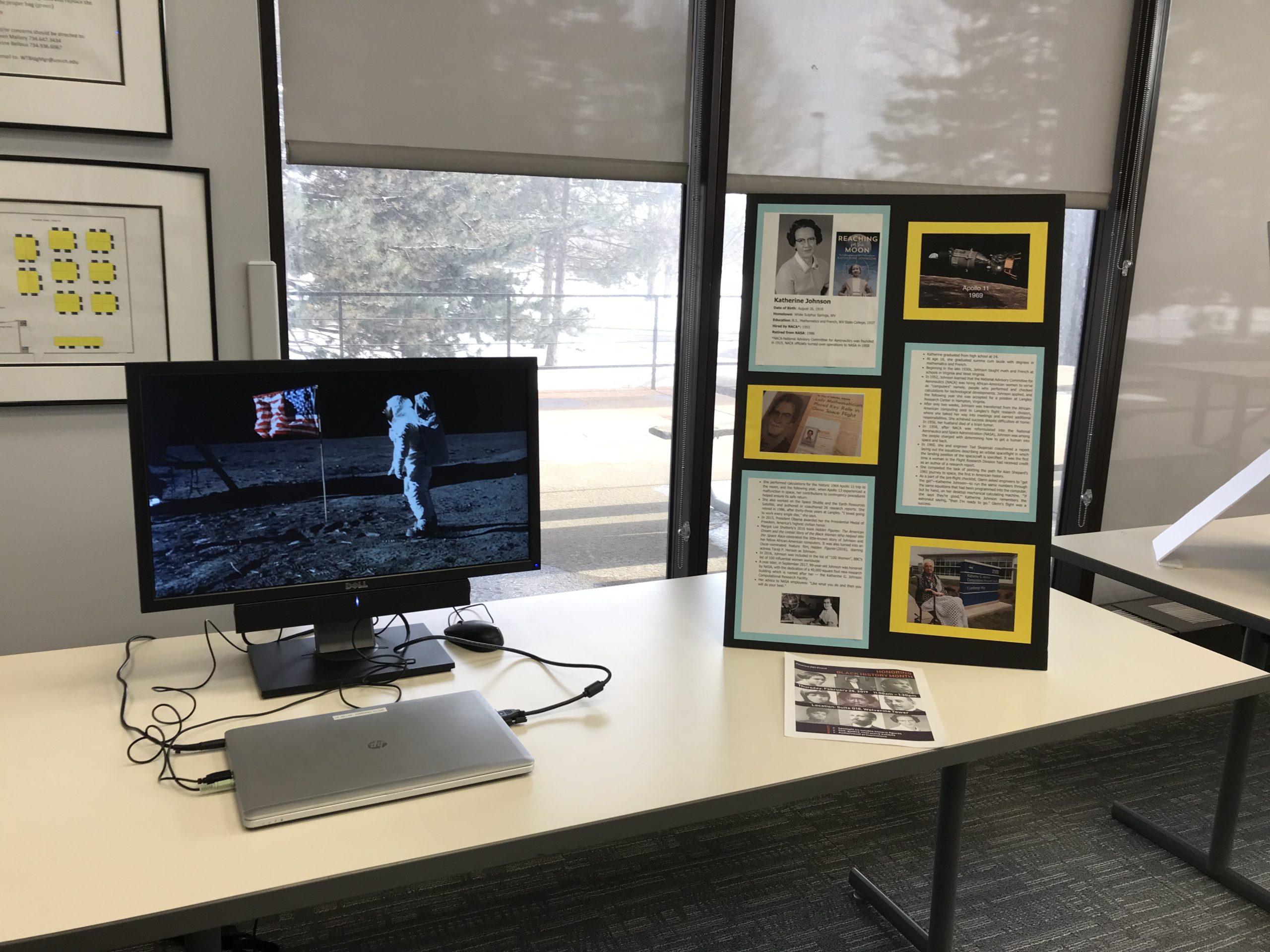